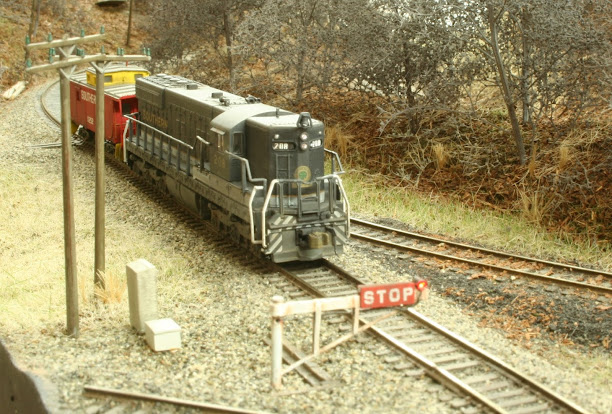 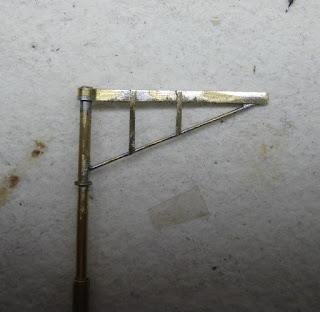 Here are three photos of the smashboard swing gate for Norfolk Junction, where the Southern and the N&W meet north of St. Paul, Va., under construction.
The LED is a surface-mount type with leads soldered on by the distributor. Everything else was scrounged up from bits of brass strip and tubing from my scrap box. Leaving the wires to the signal lamp exposed would be typical. It's the same way that an 18-gauge, three-conductor cord to grade-crossing gate flashers are dealt with. I made the sun shield from a bit of brass tubing, filed to shape.
Trickiest part of this entire project was the getting the wiring into the brass tubing, then attaching it underneath the layout in such a way that it would not break.
Shortly after I posted the first photos of this project on nScale.net back in 2014, the LED went dark. I was pretty certain the LED had not blown, because I had three 1K-Ohm resistors in series with the anode. And I had voltage across them. 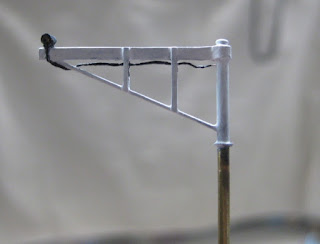 Once I saw that, I knew I had a short; turns out the enamel clad magnet wire to the anode had broken just where the two telescoped pieces of tubing met and were shorting on the brass tubing onto which the cathode wire had been soldered. No way was the DCC system going to detect that short, not with 3K Ohms resistance involved.
Now, before any purists chime in and start objecting to a smashboard swing gate in the Appalachians hollers, yes, I know at-grade junctions were rare in the Appalachians. But there was a least one where the Interstate RR (later the Southern Ry.) and Louisville & Nashville crossed paths in Wise County, Va. So I'm taking my modeler's license cue from that real-life scenario. 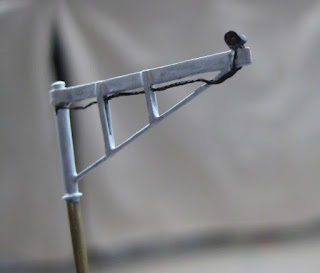 One of the reasons for the swing gate is to not only provide visual interest and a reason for introducing a glimpse of a second railroad onto my small layout, but there's an operational facet as well. Since the Slate Fork Ry. was the junior railroad when it built across the N&W back in the early 1900s, it was responsible for the signaling at this junction. And Slate Fork crews had to check with the N&W dispatcher before swinging the gate across the N&W's line between St. Paul and Norton, Va.
This bit of realistic operation effectively adds time to a typical mine run, making my small layout seem larger.
Posted by Paul Schmidt

Email ThisBlogThis!Share to TwitterShare to FacebookShare to Pinterest
Labels: Operations

Here is an album (and more photos will be added to it) of scenes from the Southern Railway's Slate Fork Branch. 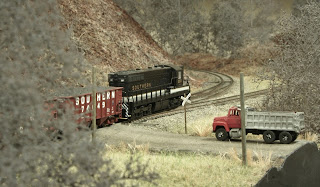 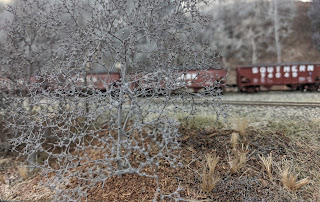 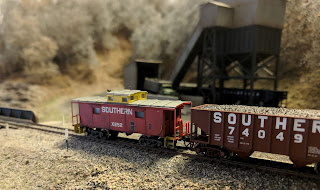 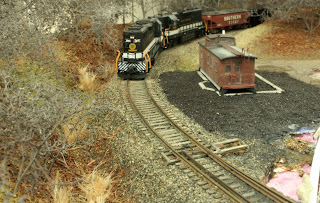 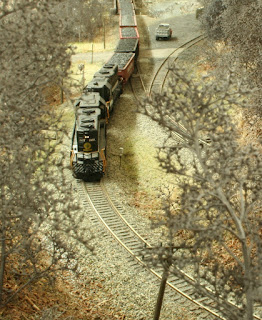 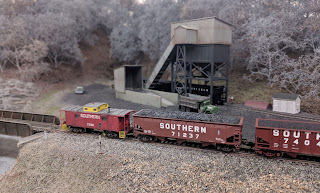 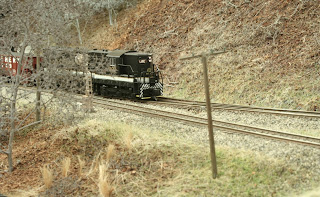 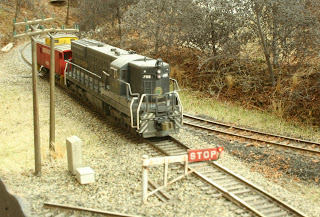 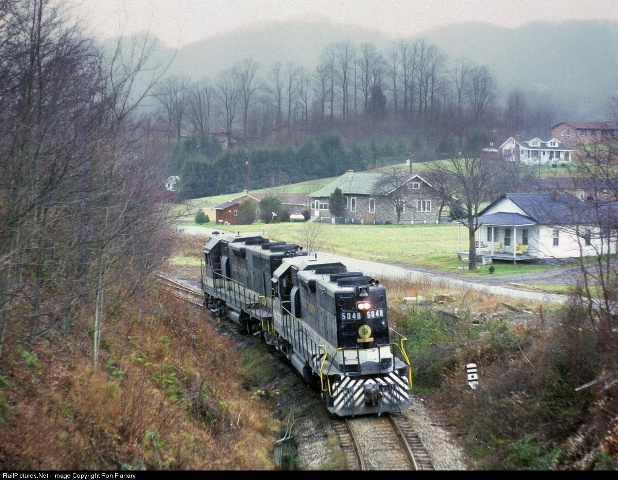 Ron Flanary's photo of two Southern Railway GP38-2s on a dreary fall day in Wise County, Virginia, has provided much inspiration for the look and feel I'm attempting to represent on the Slate Fork Branch. Ron grabbed this shot on Nov. 29, 1980, at Coeburn, Va.